“Louie Louie” — under investigation by the F.B.I.

Because of its unpolished sound and edgy rhythm and blues, the song already had huge appeal, but questions surrounding the song lyrics fueled its momentum. As the controversy grew, the song was banned on many radio stations, and prohibited entirely in the state of Indiana. Of course, this meant the song was destined to take off in a big way. A concerned parent wrote to then-Attorney General Robert Kennedy, complaining the lyrics were obscene, and eventually an official inquiry by the Federal Bureau of Investigation was launched. Was “Louie Louie” really corrupting the youth of the day?

J. Edgar Hoover, head of the FBI, said about the song, “[I] strongly believe that the easy accessibility of such material cannot help but divert the minds of young people into unhealthy channels and negate the wholesome training they have already been afforded by their parents.”

Take a moment to consider what’s on the radio today! 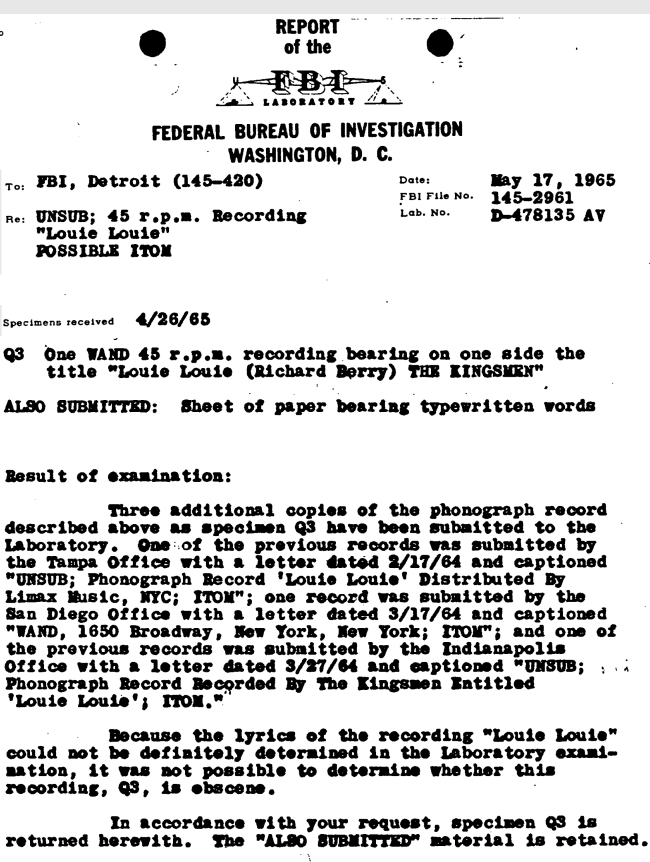 The guys had no inkling of how big a deal it was.  Former keyboard player Barry Curtis remembers, “All I knew was, at one point we had two singles and three LPs on the Billboard Chart at the same time, and The Kingsmen were the number one live touring band in the country.” They were on the road constantly and insulated from the outside world. In fact, it wasn’t uncommon for them to be booked once, often twice, and sometimes even three times in a day, 330 days of the year. And think of how cool it was for a bunch of teens and early 20s guys from Portland, performing with The Beach Boys, The Zombies, The Dave Clark Five, and The Rolling Stones.

They were earning $4000 a night or $6,000 on double days, so even when considering their manager’s 15 percent; 10 percent for their agents, the prestigious William Morris Agency; and hotels and expenses, they were still making more money than any of them could’ve imagined. But it wasn’t like all of the money was ending up in their pockets. The guys drew salaries and were told the rest was “being put away for their retirement.” For context, during the mid-1960s, the minimum wage was $1.25; the average family income was less than $7,000 per year; and you could fill your gas tank for $5.00. They were having the times of their lives. 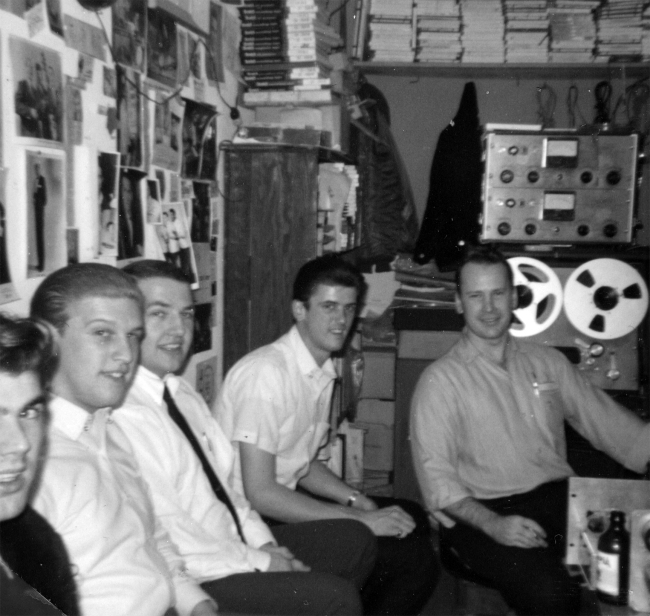 As their fame and popularity grew, so did the FBI investigation. The Federal agents attended every concert, monitoring the band. In spite of the constant surveillance, the guys weren’t concerned until there came a knock on the door in the middle of one night, with someone saying, “This is the FBI and we are going to talk.” That was when everyone realized, for the first time—they might actually be in some trouble.

Terri Nakamura is a professional graphic designer who loves social media, music and writing.  Follow her on Twitter: @terrinakamura; Read her blog, Confessions of a Graphic Designer: http://seattledesigner.blogspot.com/ or find her connections: http://about.me/terrinakamura

“Louie Louie” — Unintelligible at “any speed”

After 31 months, it ended in a Federal Communications Commission hearing. There were two possible outcomes.

The first was finding for the plaintiffs. If the song was ruled as obscene, there could be dire consequences for the band. The record would be banned and possibly The Kingsmen could be subjected to fines or worse. Finding for the plaintiffs could’ve also implicated the recording label for engaging in transporting obscene material across state lines.

Or, the judge could find for the defendants.

After listening to the song at every speed, the judge still couldn’t hear anything with certainty. Considering the lack of FBI evidence, and relying on his own ears, he ruled the song “unintelligible at any speed,” and lifted the ban.

The verdict was a triumph because “Louie Louie” began climbing the charts once again, with all rumors about the alleged raunchy lyrics intact. The guys capitalized on the situation under the guise of, “Hey, we got away with it!”

In the spring of 1964, The Kingsmen were touring with the likes of Dionne Warwick, Chad and Jeremy, Peter and Gordon, and famed DJ “Murray the K, aka ‘the Fifth Beatle’” (Murray Kaufman). They were on top of the world. And they were guests on popular shows including American Bandstand, Shindig, Hullabaloo and in the film, “How to Stuff a Wild Bikini,” starring the heartthrob of boys across the U.S., Annette Funicello.

When the British Invasion hit in 1964, its music shared the airwaves with American bands, and instead of being seen as competition, their music was appreciated by everyone, including The Kingsmen, who by then were like ambassadors of American rock. But when the ”psychedelic era” hit mid-decade, the new musical expression reflected a seismic shift in society and culture. 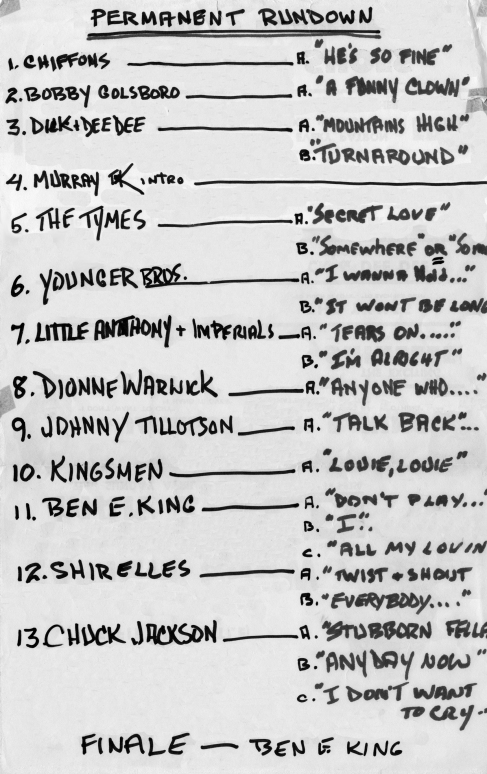 The decade ended with Woodstock. By that time the guys recognized they weren’t “what’s happening,” and though their popularity waned, their music continued to influence other bands of the day, even laying the groundwork for the “garage band sound.”

Curtis muses, “It all starts somewhere. We were all influenced by other people. It wasn’t so much that we influenced established bands, but we influenced a lot of local bands. Young bands today—they just keep that whole thing going.”

Terri Nakamura is a professional graphic designer who loves social media, music and writing.  Follow her on Twitter: @terrinakamura; Read her blog, Confessions of a Graphic Designer: http://seattledesigner.blogspot.com/ or find her connections: http://about.me/terrinakamura