The Lawsuit That Forever Changed the Music Industry

Malcolm Gladwell talks about the “10,000-hour rule,” in his book, Outliers. It describes the volume of experience people accrue to reach a perfected level of expertise. When asked how much time the band spent honing its craft, Peterson thought back. “It wasn’t unusual to play 11 hours a day including performing, practicing and playing around while traveling from gig to gig.” This would mean nearly 20,000 hours over the course of five hard years on the road!

As years passed, band members began to wonder where the money that had been “put away” had gone, and why they weren’t receiving royalties for their songs that were being used and sold. So Peterson filed a lawsuit against the owners of the master recordings to regain ownership of their music. When he filed the suit, it was similar to when they recorded the demo of “Louie Louie”—it was much more important than anyone could have anticipated.

In April of 1998 the judgment in Peterson’s favor was granted. It was groundbreaking. And in November of 1998, the Supreme Court declined an appeal filed by the record companies.  At last, many acts were able to regain ownership of their own master recordings, and it forever changed the way record companies must treat talent.

The lawsuit was huge for the entire music industry. In 2002, also recognizing their mark on rock and roll, The Kingsmen received Lifetime Achievement Awards from The Grammys. Added to their three gold records and countless accolades, it was a great validation. When asked how he felt about Rolling Stone Magazine calling “Louie Louie” the fourth most influential recording of all time, Dick Peterson can’t help but agree, “It is incredibly great.” 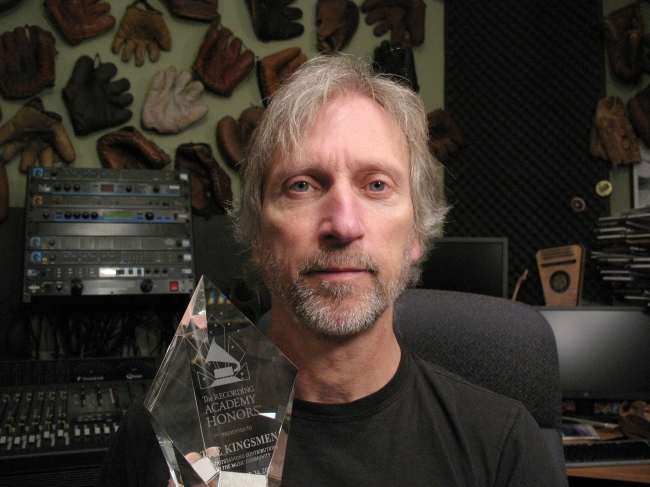 The Kingsmen have been a working band for 52 years, and the guys still rock out every chance they get. Current drummer Steve Peterson (no relation to Dick) says as long as the members continue to breathe, their plan is to keep playing, because they believe there is room for what they do. They won’t attempt to change up their act with the music that’s currently popular, but they’ll continue playing their music, and new music with a ’60s flavor to it.

As for new Kingsmen music, Steve Peterson offers this recap: “There’s nothing in the works, but we’re all writing and producing music for other projects. Dick is working on a soundtrack for a movie; Dennis Mitchell  (younger brother of original and current band member, Mike Mitchell) is writing for The Dennis Mitchell Band; and Barry and I are writing songs for another Seattle band, The Daily Flash. “

And the future of The Kingsmen? “Many of the places we used to play are now using bands from the ’80s instead of the ’60s, so we’re playing less frequently,” says Steve Peterson. “I just hope we can keep playing as long as we can.”

Of those days, Brien Beirne sums it up nicely: “Rock and roll was young, and you should have been there.”

It’s unknown how many versions of “Louie Louie” have been recorded, but according to LouieLouie.net, it’s believed to be more than 1,500.

Terri Nakamura is a professional graphic designer who loves social media, music and writing.  Follow her on Twitter: @terrinakamura; Read her blog, Confessions of a Graphic Designer: http://seattledesigner.blogspot.com/ or find her connections on xeeme: